Ok, so we do, but I couldn’t resist squeezing in a quick Back to the Future reference.

I was cheeky enough to invite myself to a recent Huawei event in London. With MWC 2018 just around the corner, they felt it beneficial to invite analysts, media and members of their KOL programme to the Savoy hotel to give us all a run down on what they would be announcing and revealing at one of their many stands at MWC.

Under the banner of ‘Roads to a better future’, all the big buzzwords were here: IoT, 5G and AI, with Ryan Ding, Peter Zhou, Bob Cai and Edward Fan each taking to the stage to present a keynote on the varying topics.

Huawei is a brand I’ve long been interested in, and not just because of their sizeable consumer product line up. I’m a firm advocate for the ethical use of technology, and to me, Huawei seems to be one of those brands that are getting it right. There is a clear, and directed purpose to the way they run their business, and aside from the obvious profit ambitions, their core ethos is certainly noble.

Throughout the morning, we heard several real-world examples of how Huawei is looking to connect more people in meaningful ways, and it was this that excited me most.

5G was, of course, the biggest topic here and has, and will be, a major investment for them. They’ve been working on it for over 10 years now, with the first product specifications appearing in 2012, commercial prototypes in 2015 and now, actual working products are in the real world.

With others realising the implications, and getting on the production band wagon, Huawei are leading the pack through continued development, and significant financial investment. The latter, to the tune of up to $20bn from this year onwards.

Ryan Ding, President of Group Carrier Business, took to the stage first, leading with a very powerful statement: “Huawei’s goal is to bring digital to every person for a fully connected digital road”.

Of course, this doesn’t just mean a better domestic internet connection, though this was also covered and promised some very exciting speeds (read 1gbs) through a simple wireless receiver, but the connections of real-world devices to enhance the way we live and interact with the world around us. 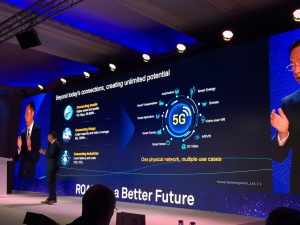 During Ryan Ding’s presentation, he touched on their new AI based platform, Atlas, which is something they’ll be going in to more detail about during MWC, but essentially it will leverage the power of AI to provide more powerful AI cloud based solutions. He also introduced a new term, Wireless Intelligence (WI), which Huawei see as the coming together of their 5G technology and AI capabilities. Exciting stuff.

He proposed that by 2025, 85% of enterprise actions will be deployed to the cloud. So, without proper connections, there’s a real risk that certain demographics will find themselves left behind. To combat this, Huawei are undertaking some serious expansion work to the network, with 40,000 new site deployments in rural areas in China this year alone. Their aim is to achieve 300mps in every corner, of every house.

“Our goal is to build the tools, to grow a connected world.” – Ryan Ding 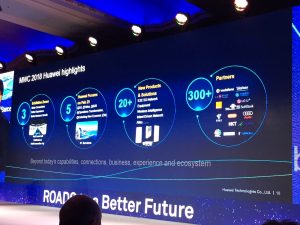 Of note during the presentation, was the sheer scale of the partnerships Huawei have made in their road map to a 5G roll out. With over 300 so far, the road they talk about looks very well lit, and will help ensure it’s their technology that leads the deployment.

It’s clear that Huawei are taking a holistic approach to 5G, providing an integrated solution that involves infrastructure, through to end-user applications.

Peter Zhou, Chief Marketing Officer, took to the stage to talk solutions and briefly covered their new antenna technology using Massive Mimo. Interestingly, their antenna will be able to cover more of the spectrum, offering 3G, 4G and latterly 5G – all from a single mast. They displayed several different options for masts, from high power, right down to low, that could easily live on a lamp post. One things for sure, coverage isn’t going to be an issue.

For initial deployments in Asia, this should be fairly easy as a number of the masts already have fibre to support the back haul. Unfortunately for those of us in the west, and in particular here in the UK, it’s not so simple. With less than 50% of UK antenna sites serviced with fibre, the infrastructure just isn’t here to fully support the back haul. At a later Q&A, there were suggestions of using 5G itself for back haul, but this will be much further down the line. 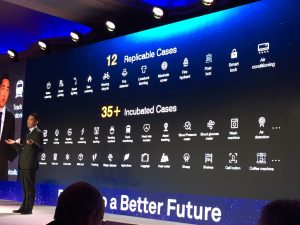 Edward Fan, VP Marketing, focussed on IoT, and talked through several real-world examples that would benefit from a 5G roll out. Listening to him speak, you can really see the value Huawei places on IoT, with all of the associated business cases. In the picture above you can see the examples already in existence, alongside numerous cases on their road map. A fascinating case study given was a US water company that used connectivity to understand, and fix leaks. Initial small scale trials saw a saving of $4.7m in the first year alone, so it’s not hard to see how important it is.

So, the 5G roll out sounds great, and Huawei are certainly leading the pack, but one thing that is going to remain a stumbling block is the sheer cost of deployment. In the UK, carriers are dragging their heels and need to start looking at serious ways to invest now. More so, however, government needs to be involved to help facilitate what will ultimately become a national service.

I’m really excited to hear more about their plans during MWC 2018, especially as they’re working towards connecting more people, in better ways, which in my mind can only be a good thing.

The Huawei road is one I’m excited to follow, as I know it leads a bright, digital future. 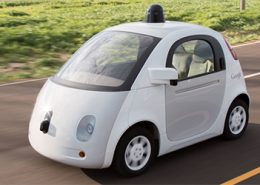 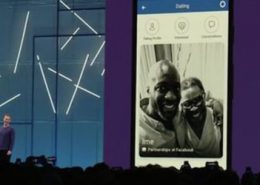 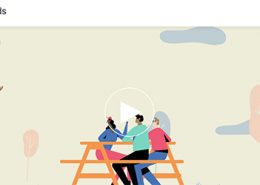 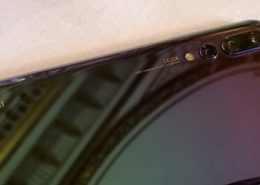 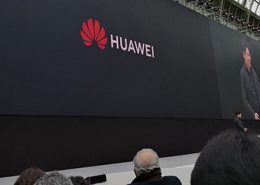 It’s a no from me.
Scroll to top